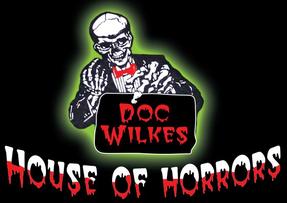 As a young kid  Wilkes aspired to be a magician, seeing magic done at and around conventions his mother (Joyce Wilkes a well known ventriloquist) attended. Wilkes began to buy small magic sets learning and mastering many tricks & slight of hand. As a teen Wilkes became a Gun Fighter at Six Flags Over Texas in Arlington Texas; where he came up with the magic act "Doc Snookers Magic and Medicine". Wilkes knew his calling was to entertain, and he performed as a Magician and was a Gun Fighter for 4 years at Six Flags Over Texas. For about 5 years off and on in the 80's Wilkes became a star attraction at fairs all over the Midwest with his Magic Act and he also had a traveling Gun Fighting Show with full crew of friends. Also off and on in the 80's Wilkes found his "later in life calling" and did special effects, such as makeup, for movies, and decorated night clubs during October for Halloween. More than two decades ago Wilkes built his first haunted house in Jefferson Texas called "Haywood House of Horrors". Then about 25 years ago, he transitioned to Gladewater where he started "DOC WILKES HOUSE OF HORRORS". The Gladewater haunt began as an effort to raise money for a Gladewater High School band trip to Florida, but the legend of “THE DOC” caught on. So instead of opening a new attraction, Wilkes simply moved the location of his haunted house to Lakeport, where he raised money for the Pine Tree Soccer Association. Wilkes rented warehouses throughout the 90's-2001, but wanted a permanent location for Doc Wilkes House of Horrors every October. He got his opportunity 12 years ago where he met a man who was planning to sell property on Market Street. Wilkes decided to purchase the three acres of land for a permanent Doc Wilkes location, and he said it was the best decision he's ever made.

Wilkes lives in Longview Texas where he has made a name for himself as a Magician and Escape artist for over 50 years!

Wilkes is Married to his loving wife (Laura) of 38 years, and has 2 kids (Jacob & Jennifer) and 4 grandkids. 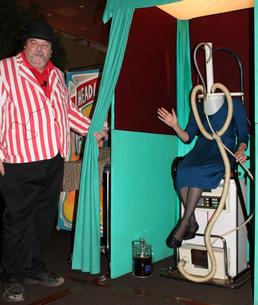